Many gamers and investors want to own a piece of Epic Games because the company makes and markets Hitman, and Fortnite, one of the world’s most popular and fastest-growing massive multiplayer online games (MMOGs). Fortnite had 350 million players in 2020, a ten-fold increase from 30 million in December 2017.

Parents are interested in buying Epic Games stock because they see how much money their kids spend on Fortnite. Fortnite is free to play but Epic Games makes money by selling an $11.99 a month Fortnite Crew Experience subscription, which gets players extra weapons and other perks.

Epic Games last funding round in August 2020 raised $17.3 billion from private investors, meaning Epic can raise enormous amounts of money without a stock.

Epic Games currently has no defined stock price because it is not publicly listed on any stock exchange. It is entirely owned by the founder Tom Sweeney, venture capital groups, and Tencent Holdings, one of the world’s largest video companies. To buy Epic games stock, you need to buy stock in Tencent Holdings. 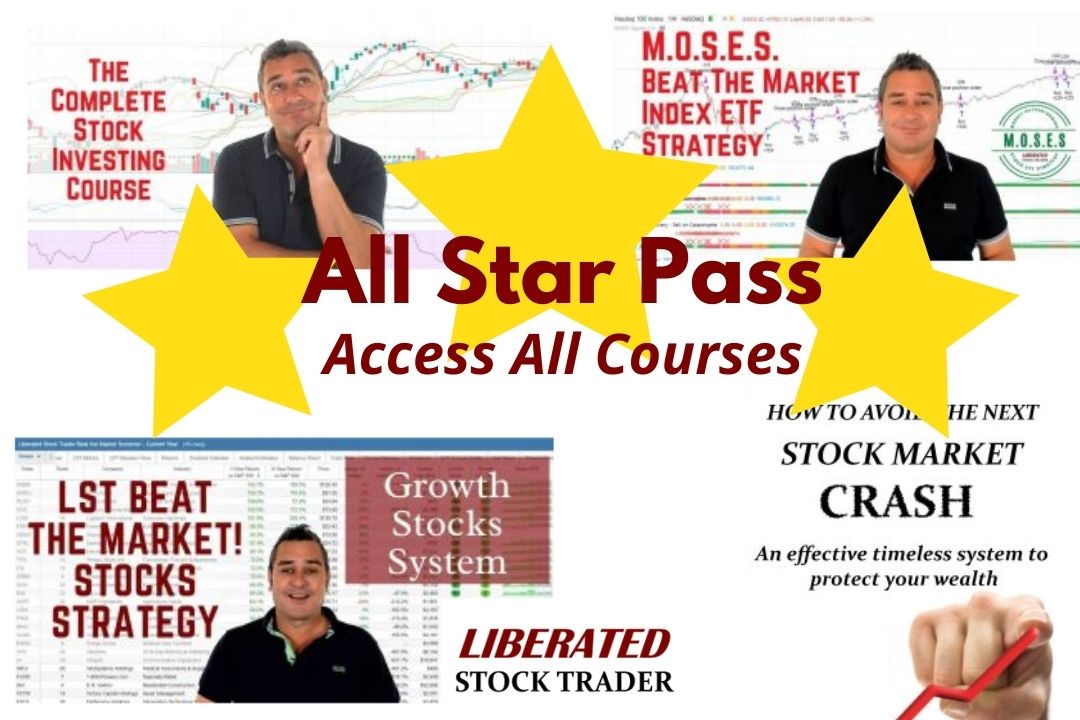 Does Epic Games Have Stock?

Yes, Epic games do have stock, but the shares of Epic Games are privately held. This means as an independent retail investor; you will not be able to buy stock in Epic Games through a stock exchange or brokerage account. You will need to invest in the companies that own Epic Games stock.

Epic makes money by selling a wide variety of games through its website. Users download the games and buy a chance to compete in them.

Epic also sells other company’s games, including Rockstar Games’ Red Dead Online and Electronic Arts’ Star Wars titles. Epic Games charges a commission on the outside titles it sells and makes more money from its titles. One hope at Epic is that people who visit Epic Games’ store to buy those titles will also buy Epic’s titles.

Epic Games made $1.8 billion in revenues from Fortnite in 2019, SuperDataResearch estimates. Fortnite also made over $25 million in its first month in the Apple App Store in 2018, Sensor Tower claims.

Apple (AAPL) threw Fortnite out of the App Store in April 2020 because Epic Games added an in-app payment system that bypassed the App Store’s 30% fee; this caused controversy and highlighted Apple’s abuse of power in the monology app store it owns.

This action could hurt Epic because the Apple Store is the world’s largest software marketplace. The world’s other big app marketplace, Alphabet’s (GOOG) Google Play, has also thrown Fortnite out.

A growing moneymaker at Epic Games is the Unreal Engine, an advanced and open-sourced real-time 3D creation tool. Video game designers, movie makers, and others use the Unreal Engine to create 3D games, commercials, artwork, and movies.

The hope for the Unreal Engine is that Epic can become a software provider as well as a game developer. Epic could make money by charging businesses and creators to use the Unreal Engine for design and other purposes.

There will be no Epic Games initial public offering (IPO) soon because the company can raise enormous amounts of money without floating on a stock exchange. Under the current arrangement, Sweeney controls the company but has access to Tencent’s resources and capital. Sweeney will have to relinquish control if Epic Games goes public.

There is no reason for Sweeney to take Epic public as long as it can make money, grow, and raise venture capital without a stock. Epic can make enough money from game sales and subscriptions to survive for many years, making it a new technology unicorn.

However, investors can buy into Epic Games by buying Tencent Holdings stock.

There is a way you can buy into Epic Games without an Epic IPO. You can purchase shares of Tencent Holdings ADR (OTCMKTS: TCEHY). Tencent Holdings is a multinational Chinese conglomerate that observers consider the world’s largest video game company. Tencent Holdings trades on the Hang Seng Index under the ticker symbol SEHK 700.

In my opinion, these numbers show Tencent Holdings is a good company with enormous value. It is hard to estimate Tencent’s value, profits, and income because it trades on Chinese exchanges.

However, I think Mr. Market fairly priced Tencent shares at $93.90 on February 3, 2021. If you seek a Chinese company to invest in or a value investment in video games, Tencent Holdings is worth examining.

People who think the American stock market and economy could collapse can hedge their investments by purchasing Chinese stocks such as Tencent Holdings. Tencent even paid a small dividend of 15.48₵ on May 14, 2020.

How to Beat the Stock Market With Stock Rover 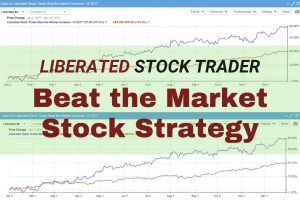 I love Stock Rover so much that I spent 2 years creating a growth stock investing strategy that has outperformed the S&P 500 by 102% over the last eight years. I used Stock Rover's excellent backtesting, screening, and historical database to achieve this.

Electronic Arts (EA) is one of the largest publicly-traded video game companies.

Electronic Arts will pay a 17₵ quarterly dividend on March 24, 2021. Overall, Electronic Arts shares offered a forward annualized dividend of 68₵ and an annual dividend yield of 0.46% on February 4, 2021.

Activision Blizzard (ATVI) is the publicly-traded company behind such giant gaming franchises as World of WarCraft, Overwatch, Call of Duty, and Candy Crush.

World of Warcraft is one of the most famous and most mocked massive multiplayer online games (MMOGs). However, World of WarCraft had only 4.74 million subscribers in 2021.

Candy Crush is one of the world’s most popular mobile games with 273 million monthly active users on March 7, 2020, Video Games Stats estimates. The Call of Duty MMOG had over 110 million monthly players in November 2020, The Wrap estimates.

Activision Blizzard makes money. It reported a quarterly operating income of $778 million and a quarterly gross profit of $1.485 billion on September 30, 2020.

Activision Blizzard is a value investment because Mr. Market fairly priced its shares at $92.68 on February 4, 2021. Activision is a good growth stock because its share price rose from $58.85 on February 5, 2020.

Activision Blizzard is the best choice for investors in gaming stocks because it is a growth and income stock. Activision’s share price has grown, but it has not grown excessively.

Importantly, Activision’s business is growing, and it makes more money from that business. If you want a gaming company that grows and makes money, Activision Blizzard could be a safe choice.

Will There be an Epic Games IPO?

Activision Blizzard’s success shows that gaming companies could be an excellent investment. Activision, in particular, is growing fast and generating enormous amounts of cash. Epic Games stock could offer similar attributes. However, there is no indication that either Tom Sweeney or Tencent Holdings plans an Epic IPO.

There will not be an Epic Games IPO anytime soon because Epic could make enormous amounts of money selling MMOG subscriptions and paraphernalia. Thus, Epic could generate all the cash it needs without an IPO.

Another problem is that Tencent Holdings’ management does not want to relinquish the control that owning 40% of Epic offers. However, Tencent has a strong incentive to recommend an Epic Games IPO because of the potential of a high share price for Epic Games.

Sweeney and Tencent Holdings could own an enormous amount of Epic shares they could sell or borrow against. Remember, most of the fortunes of the world’s two richest men, Elon Musk and Jeff Bezos, consist of stock.

Investors need to watch Epic Games because its IPO could be valuable. Unlike some other IPO companies, Epic makes money by selling a popular product for which there is a growing demand.

Is Gaming a Value Investment for the 21st Century?

The product is games for which human beings have an insatiable demand. History shows that people will play games and will pay money for those games.

Games are now the world’s most popular entertainment product. Statista estimates there were 2.7 billion gamers worldwide in 2020. The largest market for games is the Asia Pacific, with 1.447 billion players. Epic is well-positioned to tap that market through its partnership with Tencent Holdings.

Gaming is a growth industry that can generate enormous amounts of cash. All investors seeking stocks that can make money and grow need to examine gaming companies. 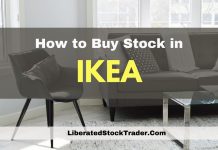 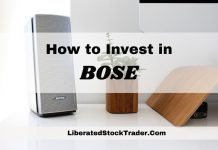 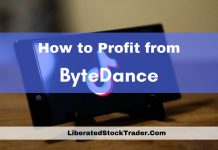