Developing a System to Detect a Stock Market Crash

During these volatile times, when no-one really knows which way the market will turn, it becomes increasingly important to formulate your approach to the general market.  If the market crashes, it does not really matter what stocks you have bought; they will get dragged down too.

Wouldn’t it be nice if you had some sort of early warning system to let you know that there may be a severe crash coming?

I have spent quite some time developing a system that will warn me when a potential crash is coming.  Also, the system will notify me when there is a shock in the market (usually a precursor to a crash).  I have even developed a system that will alert me to potentially excellent opportunities to get back into the market.

I have backtested it over the last 20 years, and it seems to work very well.

I have developed this system using Stock Finder from Worden Brothers, and it is based on solid technical analysis.  Using seven different indicators, I can accurately spot the conditions that lead to a large stock market crash.

The Chart is Weekly (5 days per bar). As you can see, there are three indicators below the price history of the SP-500 chart.

The signals are plotted along the bottom of the chart and relate to the chart’s price action.

How does the Stock Market Crash Detector work?

In November 2000, the system first flagged a Bear Market Signal (the first red vertical arrow). Selling all your stocks at this time would have meant you exited the very close to the top of the Dot-Com Bull market (only a 9% off the top).

Thus, securing all of your gains except for 9% during the boom.  The market subsequently loses 38%

In May 2003, the Bear Market Signal ended, and the first true bottom alert is signaled (Green Vertical Arrow).  Entering the market here would mean you would have entered the market again close to 10% of the bottom of the crash, thus maximizing your profit in the coming 2003 to 2007 Bull market.

The bottom of the Financial Crisis crash is at 666 in March 2009.  The first Bottom Alert for this crisis is five weeks later, in April, at 853 points.  This enables you to get in early enough to realize the profits of the new bull market, which moves up 40% from here.

Find Out More About Crash Detection

Interestingly, in November 2011, the system also generated a Bear Market Signal.  This was due to the volatility and speed of the July to August pullback.  However, this signal was very brief and has since been replaced with a bottom alert for the week commencing November 4th, 2011.

But take this as a warning. Although I am long in the market again, the fact that the conditions for a full Bear Market were met just recently makes me very aware of the possibility of another Bear Market.  Considering the situation in Europe and the U.S, this could well be a reality.  For now, I am long until the market tells me otherwise.

Do you want to have the technical analysis skills to develop your own stock market crash detector?  If so, then try our Liberated Stock Trader PRO Stock Market Training Course. 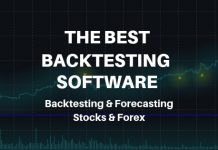 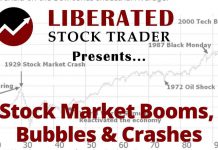 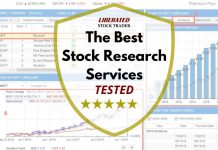 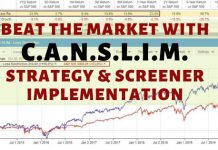