Home Investing in Stocks Fundamental Analysis of Stocks. What is the Float of a Stock? Find, Calculate & Trade Float.

The float of a stock is the number of shares available for trading. The term “float” can refer to either the market float or the free float.

How to Calculate the Float of a Stock

Restricted shares are stock not available to the public, such as preferred shares. Management often sells restricted shares to company insiders or institutional investors.

The float is important because it shows how many shares are in the market. Float can show you the demand for a stock and indicate future movements.

How to Find the Float of a Stock

You can find the float of a stock by checking the company’s Securities & Exchange Commission (SEC) filings. Those filings will tell you how much stock the company issues and what type of stock it issues.

The easiest way to find the float of a stock is to use a free stock screener such as FinViz.

Finding the float is important because it can show you the company’s ownership structure. Large numbers of outstanding shares that are not trading in the market can indicate an outside owner or shares in the hands of insiders.

The SEC filings can show you how much stock the company owns and if the management is buying back stock. Stock buybacks can inflate share value and help investors make money.

You can easily find the float of a stock using Finviz by opening a chart and looking at the information window.

3 Steps to Find the Float of a Stock with Finviz:

How to Screen for Float & Short Float Using Finviz

Finviz is one of the few stock screeners that allows you to filter on Float and Short Float for free.

3 Steps to Screen for Float & Short Float with Finviz:

What is the Free Float of a Stock?

The free float of a stock is the number of shares that can be publicly traded. The size of the free float is important because it can show the ownership structure.

The size of the free float can show if large investors, insiders, and institutional investors such as pension funds, mutual funds, or hedge funds own large amounts of stock. A large float can indicate an investment analysts consider safe.

What is the Market Float of a Stock?

Market float can show how vulnerable a company is to a takeover. If a company’s market float is high, it can be easy for an outsider to takeover by buying up shares. Large amounts of outstanding shares outside the market indicate other owners who can block a buyout.

What is the Short Float?

Short float is the percentage of a stock’s market float that is shorted. When somebody shorts a stock, she borrows the shares from a broker or platform. The borrower is betting she can make enough money from short-selling the stock to pay the broker and make a profit.

Brokerages report the number of shares sellers are shorting twice a month. The amount of a company’s stock that is being shorted is the short float. Major exchanges, platforms, and financial news outlets post those figures on the web.

Do Shorts Increase the Float of a Stock?

Shorts do not increase a stock’s float because the float is controlled by the company management and cannot be externally influenced by short-sellers.

You should not confuse the stock float with Warren Buffett’s definition of float. Buffett, and other value investors, use the term float to describe the amount of excess cash a company has. Companies such as Berkshire Hathaway (BRK.B) use float to pay for expansion and acquisitions.

The float of a stock is important because it shows how much demand there is for a stock. Float can also show the company’s ownership structure and indicate changes in ownership. All investors need to examine float because it can show you where a stock is going.

The Importance of the Float in Trading

Float is just one factor to consider when trading stocks. It is important to do your own research before making any investment decisions. 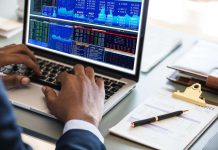 How to Calculate the Intrinsic Value of a Stock + Excel Calculator 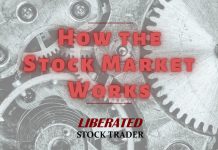 What is a Reverse Stock Split? Pros, Cons & How to Profit. 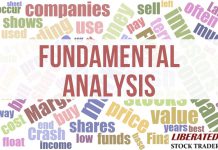 What is EPS? Why EPS Growth & Acceleration are so Important 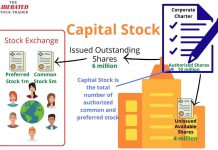 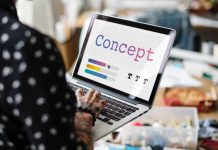 How to Calculate the Beta of a Stock: Formulas & Examples