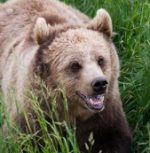 How Can You Use A Short-Selling Strategy?

So far we have discussed your options to make money when the stock market is going up. But what happens when we enter a bear market, or when there is sudden panic in the markets. There is a way to make money as the market or a stock falls, it is called short selling.

Example: Michael believes that a WXY company’s stock is going to decrease in value, it’s sales and income are shrinking and it is currently overpriced with a P/E ratio of 80. Michael could set up a short trade. Michael enters the short trade at $50 per share for 100 shares earning him $5,000.

His broker lends him the shares (from their reserves or from another investor) and credits his account with the proceeds. Over the next 4 weeks, the stock falls by $10 per share or 20%.

This means 100 shares of the company now cost $4,000. At some point, Michael needs to close the position by buying back the same number of shares (called covering) to realize his actual profit. Now seems like a good time. He buys the shares for $4,000 to give back to the lender of the shares, this closes the trade. Michael realizes a profit of $1,000 on the trade.

So even though the stock value went down Michael profited.

Hedging refers to the act of limiting your risks by making a trade that moves in the opposite direction to which you expect your stock to go. So if the stock moves against you’re the other investment will decrease or limit your risk.

She is credited the amount of $50,000 to her account by the broker, but she does not need to borrow the stock because she already owns it.

Shorting is a good way to hedge against the risk of your stock decreasing in value.

It is also a good way to make money as the stock market falls.

Shorting can be difficult for some people to understand.

No upside risk limitation. If you short 1,000 stocks at $1, and the stock actually catapults up to $3, you would have been credited $1,000 but when you close out the short you would have to pay $3,000. This would be a huge loss. Losing your entire investment and adding the extra loss of 2 times your investment.

High – only advanced investors should try this.