What is Market Breadth?

Market breadth is a way of measuring the stock market’s moves in general by comparing the number of stocks that rise compared to those that fall or comparing stocks making new highs to those making new lows.

What is the Advance-Decline Line?

The Advance-Decline Line (AD Line) is a common market breadth indicator that measures if the broader market, and stocks in general, are advancing or declining. It is an important indicator of market sentiment.

This enables you to see not just if the Dow Jones Industrials components are moving up but if all the stocks in the NYSE are increasing.  The reasoning behind this is that if all stocks are increasing in a synchronized manner on the exchange, all is well.

If most stocks are beginning to decrease in price, and the Dow Jones Industrials or the S&P500 are still increasing, this could be a sign of a significant change in market direction.

The Battlefield analogy often used is “Are the Troops following the generals.” This means, “Are the stocks moving in the same direction as the major stock market indexes like the DJ-30 or the S&P 500?”.

How Does the Advance-Decline Line Work?

The advance-decline line is plotted by taking the difference between the number of stocks advancing and those declining.  If more stocks increase in price on a given day than those that decrease in price, then the result is positive.  If more stocks decrease on a given day than increase, the number is negative.  This is then plotted cumulatively on the AD line.

I find the AD Line is most useful at major market bottoms.  Here we have a chart of the DJ-30 and the AD Line.  It produces some fascinating results that are useful to you during times of market turbulence.

How to Use the Advance Decline Line

The Advance-Decline Line (ADL) is optimally used when plotted as an indicator over the price line. One can then compare the price direction and the ADL direction to spot divergences in direction, meaning if the price is increasing and the ADL is decreasing, it could lead to a price trend change.

You can use this method on previous market busts and crashes or previous major market turning points to find similar divergences.  If you feel the market is heading into a serious correction or trend change, take a look at the breadth and specifically the AD line. 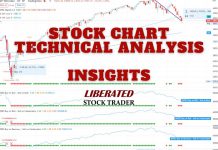 How to Trade Renko Charts & The Best Platforms to Use

What is RSI in Stocks? 7 Pro Relative Strength Index Tips 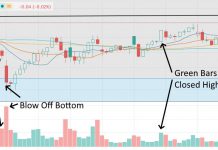 Stock Volume: How to Use Volume in Charts Like a Pro 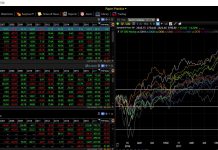 What is Techncial Analysis Software & How Does It Work? 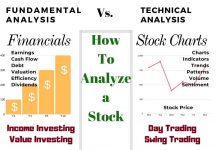 How To Analyze Stocks: Fundamental vs. Technical Analysis