Surprisingly, since Mr. Trump’s election victory the S&P 500 has risen 5% and the dollar has significantly strengthened.  This has occurred despite his election trail rhetoric regarding restrictions on immigration, a distinctly anti-globalization stance promising bringing jobs back to America and a fiscal spending policy which will add a significant and unprecedented debt level to the county.

But aren’t these promises exactly the type of tactics that would worry the stock market and cause a bear market?

How can this be? 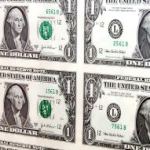 Economics is a murky business and economists give themselves more credit that they deserve, believing they understand a system that is extremely complex, reading books like “Freakonomics” proves this without doubt.  Employing certain levels to push an economy in the right direction, economists may think they know the cause and the effect, but ultimately they take action and attribute the effect to their actions without truly knowing why something happened.

Yet in the new era of Trump, this does not matter.  Like in the DotCom boom, do fundamentals not matter any more?  Or is it something more deeply psychological.

As an outsider looking in, I and the world observed an amazing transformation from Trump the xenophobic, wall building, sexist, Hilary witch hunting, Washington swamp drainer and economic cowboy, to Trump the Statesman.  This transformation, has lead to drastically toned down populist rhetoric.

Even the Washington Swamp dwellers are starting to feel more comfortable with the new maverick leader.  This weeks Economist claims “The elites of Washington are starting to feel better about Donald Trump.  A sense of relief is creeping over them after the president elect ditched several impossible campaign promises and named conventional conservatives, including a former Goldman Sachs Banker, for some big jobs”.

I hope for America’s sake that the positive parts of Mr. Trump’s policies, such as cleaning up Washington and driving an effective fiscal stimulus to improve America’s infrastructure and education which should provide more home grown jobs, come to pass. 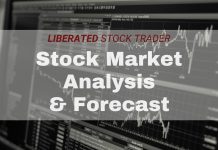 Election Day Is D Day For Stocks & For America