The demand for gold has remained high for millennia. Societies and economies have placed value on the rare metal, making it the go-to store of value when fiat currencies don’t work. However, with the accelerated evolution of currency, accentuated by the chaotic entry of cryptocurrency, investors are not sure whether the metal holds the same value it did several decades ago. This article will show you why that’s not a cause for concern by discussing some of the most critical benefits of this precious metal.

Albeit it’s not the primary currency anymore, gold has been used as a medium of exchange throughout history and has stood the test of time partially because of its high liquidity. Buying it is easy, and so is selling it. It’s even easier trading it now, with the internet connecting sellers to an endless pool of buyers in various marketplaces. It is best to practice caution when purchasing or selling your gold online. You can easily play into the hands of a scammer and lose your gold or money. Your best bet is investing in gold from Gainesville Coins or another site whose credibility you can verify.

2.    It’s a great way to diversify your portfolio

Portfolio diversification is one of the oldest tricks in the book of successful investing. It involves spreading capital across a range of asset classes, usually a mixture of defensive and growth assets. Investing in gold increases your sources of income. It also helps you preserve capital, though most investors will do it to minimize the risk of loss. As stated above, gold has retained its value throughout history and has a low chance of being impacted by sudden inflation. What’s more, it provides a near-sure cushion against loss of money in other relatively high-profit but riskier investments.

3.    It may protect against deflation

Deflation refers to an economic situation characterized by slowed economic activity, a general decrease in product prices, and high unemployment. When this happens, fiat currencies lose value, and the purchasing power of gold shoots. Considering the last significant case of deflation was recorded nearly a century ago during the Great Depression, there is a low chance gold will come in handy in this fashion. However, if it happens, people will likely rush to hoard cash in the form of precious metals, and the price of gold will plausibly skyrocket.

4.    It retains value during geopolitical uncertainty

Commonly referred to as the “crisis commodity,” gold has often seen its demand increase during geopolitical tensions. Heading to the Brexit referendum of 2016, there were significant gold price shifts, with analysts predicting a slowdown in economic growth both in the UK and the EU. While the wariness eventually proved overblown, it was once again clear that gold will always thrive in the chaos of political instability.

5.    You can easily get a loan against gold

When applying for a loan against an item, your chances of success are largely dictated by the liquidity of the intended collateral. Gold is not just highly liquid. It is also valuable and can help you secure a substantial loan without too much background checking or grilling.

6.    Gold does not deteriorate with age

Vehicles, real estate, and other properties are prone to age-induced deterioration. So even if their value is naturally supposed to increase, as is the case with residential and commercial property, the aging will have a counterproductive effect and slow down the appreciation rate. On the other hand, gold doesn’t lose its value due to age. Old gold ornaments will cost just as much as new ones, and most buyers wouldn’t be bothered to know if the gold jewelry they’re buying is freshly minted or not.

7.    The gold supply is decreasing

According to experts, we have already mined about 80% of gold and are on course to exhaust the resource. A more impactful observation is that the production of newly-mined gold has been on a decline since the start of the century, meaning the supply is going down while the demand remains the same. This phenomenon is likely to increase the commodity’s price even though it might take decades before this dwindling supply causes a significant price change.

The perfect investment doesn’t exist. Even investing in gold has its downsides. However, if the benefits outweigh the disadvantages, then that’s an investment worth considering. Gold perfectly answers this description and can be a secure store of value during instabilities and a potentially profitable long-term investment.

A Portuguese Golden Visa in 2022: How to Obtain One? 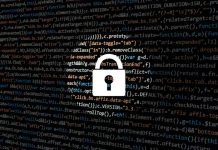 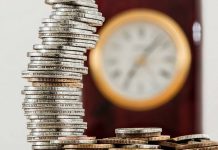 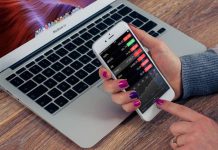 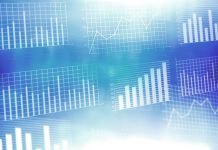