Is Clean Energy a Good Investment, How can you Invest in Clean Energy & Which Companies are a Good Bet?  Find out all of this and more in our Clean Energy Investing Guide.

Catastrophic Climate News is Bad for Humans but Good for Stocks

Achieving zero emissions will require massive changes in cities, energy, buildings, transportation, and industry. The companies that manufacture the materials and machines that make zero-emissions possible will make money from it.

The biggest boost to clean energy stocks could come from plans to ban petrol and diesel-burning vehicles.

Notably, five major countries, China, the United Kingdom, Germany, France, and India, plan to ban sales of gasoline and diesel-burning vehicles by 2030 or 2040. In addition, several smaller nations, including the Netherlands and Norway, are considering similar bans, Futurism reports.

There will be a huge market for zero-emission vehicles if internal combustion bans become a reality. Therefore, investors need to inspect automakers with plans for Zero Emissions vehicles.

For example, Volkswagen plans to invest €6 billion ($7 billion) in electric car production, CNBC reports. The company’s head of electric mobility, Thomas Ulbrich, claims, “in the first wave alone, around 10 million VW group cars will be based on this platform.”

Volkswagen plans to have 27 electric models in mass production by 2022, CNBC claims. Moreover, VW is investing in the infrastructure electric cars will require.

Toyota, on the other hand, is investing in new battery technology and hydrogen-electric fuel cells. Fuel cells generate electricity with a zero-emission chemical reaction. Toyota has a Hydrogen electric fuel sedan, the Mirai, and two fuel-cell-powered trucks on the road.

On the other hand, one controversial automaker, Tesla Motors (NASDAQ: TSLA), is a pure, clean energy company. To explain, Tesla only manufactures zero-emission electric vehicles.

Tesla Energy is a major provider of electricity storage solutions for utilities. For example, it built the world’s largest battery farm in South Australia in 2018. That makes Tesla a major player in clean energy infrastructure.

Why are Volkswagen and Toyota are good Clean Energy Stocks?

Strangely, both Volkswagen and Toyota could be good energy clean stocks. Notably, both companies make money and are developing zero-emission vehicles.

Why are Volkswagen and Toyota Safe Clean Energy Stocks?

Volkswagen’s experience shows that green energy investment is a costly and long-term affair. It could be years before companies see a return on it.

For example, Toyota has been manufacturing hybrid vehicles for 21 years. Toyota sold the first Prius in Japan in 1997.

Volkswagen and Toyota are safe, clean energy stocks because they are not speculative. These automakers have good basic businesses and real manufacturing and marketing capabilities.

In the final analysis, automakers like Volkswagen and Toyota will probably commercialize zero-emission technologies. These companies will profit from green technologies developed elsewhere.

Notably, there are several automakers with low share prices and respectable dividends that are building zero-emission electric vehicles.

Solar Edge could be a Warren Buffett type value investment because it makes money and manufactures components other companies use. To explain, Solar Edge builds the parts; Tesla will need to build giant solar power plants or rooftop solar arrays.

Solar Edge has some potentially valuable products. For example, Solar Edge claims to have the world’s first charge inverter for electric vehicles.

To explain, an inverter is a device that converts the direct current (DC) electricity produced by solar panels into alternating current (AC). Inverters are critical because most electronics, computers, EVs, equipment, and appliances run on AC.

Therefore, the Solar Edge inverter is theoretically cheaper and easier to install than competing products. There could be a huge market for the inverter because all the electric vehicle companies, like Ford, Tesla, GM, and Volkswagen, are planning to market.

Solar Edge is a potential value investment because it provides the electric infrastructure vehicles will need. Moreover, Solar Edge is unsexy and somewhat obscure, so most investors will ignore it.

SolarEdge is a speculative investment because it pays no dividend. However, Solar Edge is worth looking at for long-term investors because of its price.

Investing in the Potential, not the Reality

Some of these companies have excellent technologies, but few people use their products. In some cases, such as SolarEdge’s inverters, the market is brand new.

Obviously, nobody knows how big the market will be or how much money a company can make from it. In particular, it could take decades or longer for markets to develop for new energy technologies.

For example, Edison invented electric lights in the 1870s. Yet the electric grid did not reach many American and Canadian homes until after World War II. Moreover, vast numbers of people in developing nations still lack electricity.

The potential market for solar power in developing nations is vast. For instance, 57.2% of the people in sub-Saharan Africa lack electricity, the World Bank estimates.

The potential market for solar electricity in Africa is large because the electric grid only covers the cities in many areas. Therefore, the solar electric market is in rural areas where people want modern technology but lack electricity.

Mobisol and Off-Grid are expanding the market for companies like Tesla and Solar Edge by creating more customers for solar electric systems. Unfortunately, it will take years or decades for these companies to build mass markets in Africa. For instance, Off-Grid Electric relies on door-to-door salespeople to reach potential customers.

The greatest risk in clean energy is that almost all the pure, clean energy stocks on the market are speculative.

A pure, clean energy stock is a company like SolarEdge or Tesla that relies only on green energy technology to generate revenue. The obvious advantage to automakers like Ford (NYSE: F) is that they have older proven energy technologies, petrol, and diesel, to fall back upon.

Plug Power manufactures hydrogen fuel cells similar to those used in the Toyota Mirai. Plug Power’s solutions include fueling infrastructure for hydrogen-cell fuel vehicles and engines for forklifts and other warehouse vehicles.

The financial numbers prove that Plug Power is a purely speculative investment. It generates no income and offers no dividend. 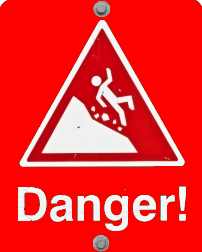 Stocks like Plug Power show how risky clean-energy investment is. Plug Power is successfully deploying its technology and selling to major corporations like FedEx (NYSE: FDX). However, it is still losing money on its operations.

The automakers are the best clean energy investment right now because they generate cash and dividends. More importantly, automakers like Ford, Toyota, Daimler AG, and Volkswagen have the resources to commercialize clean energy.

Corporations will need vast amounts of cash to commercialize clean energy, and the automakers have it. For instance, Volkswagen, Daimler, or Ford could easily acquire Plug Power or Solar Edge for cash.

Under these circumstances, automakers are the only safe clean-energy investments for average investors. Most people should stay away from clean energy stocks for the foreseeable future. 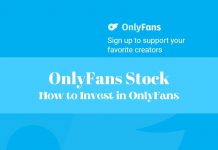 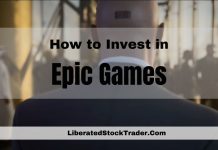